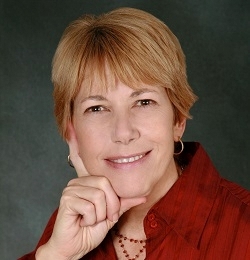 Cassie Hoag has a track record of excellence in leadership roles within companies of all sizes: from start-ups and turnarounds to Fortune 500 players in the healthcare, technology and retail sectors.

She delivers results by organizing and empowering teams to success in complex markets and operating environments.

A realistic visionary, she relies on historical data, know-how and existing infrastructures to innovate, create, implement and achieve new levels of operating and marketing effectiveness.

Both agile and decisive, Cassie has managed and inspired multi-disciplinary teams from six to four hundred+ employees.

Cassie's experience includes being the Managing Director and Owner of a consulting firm serving early-stage and entrepreneurial businesses.

She most recently helped a fledgling health information technology start-up move from concept to award-winning operations, producing the company's founding Business Plan, securing seed funding, developing and implementing a leadership planning and accountability process and nurturing an initial client base with a $50+ million sales pipeline.

As the first female and youngest officer for a nationwide healthcare services firm, Cassie was responsible for reducing days sales outstanding on $200+ million in receivables by 40%. She also served as project leader for the development and launch of a company-wide artificial intelligence order entry system that saved the company approximately $4 million in annual operating expenses.

Cassie has served on several for-profit and not-for-profit boards, most notably as President of the National Association of Women Business Owners Orange County chapter, where she had previously been named that organization's "Entrepreneur to Watch."