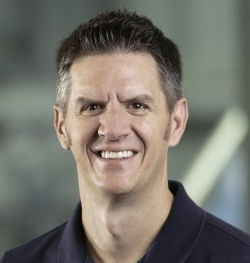 Ryan graduated with a Bachelor of Science degree in Business Economics from the University of California at Riverside. From there, his entrepreneurial spirit led him to become the President at Delivery Drivers Inc (DDI). Before the gig economy existed, DDI was on the forefront of helping businesses and over 300 independent contractor drivers work effectively together. He still cites this opportunity to own and run a small business as one of his most profound growth experiences.

Ryan’s next step was to lead Operations at Restaurants on the Run (ROTR) where he managed 65 employees and 500+ driver partners in 10 markets. His career there expanded to include head of Customer Care, Sales, M&A (leading 10 acquisitions) and Technology. In 2004, Ryan was introduced to the MAP Management System™. Running multiple facets of this best in class restaurant delivery service, coupled with his exposure to MAP, truly prepared him for the dynamic leadership opportunities ahead.

In 2015, Ryan transitioned to Grubhub, the nation's largest restaurant delivery marketplace. To further their industry leading position, he was asked to build out their in-house delivery division from its infancy to a national presence with a goal of $1Billion in revenue in 10 years. Through his leadership and dynamic approach to developing people & implementing streamlined and disciplined processes, Grubhub reached that $1B milestone in 3 years! He attributes that accelerated success to what he learned at ROTR and credits MAP for his ability to effectively scale people & process from millions to billions. As the VP of Market Operations, he led the 2nd largest division at Grubhub which encompassed 300 employees and over 42,000 driver partners delivering 300,000+ meals daily.

Ryan worked with an early stage logistics start-up, building a national team, streamlining operational processes and launching new markets, before deciding to pursue a career with MAP. He is a passionate advocate of the MAP Management System™ and knows the power and impact it can have once properly implemented and executed. He is excited to share his experience as he helps other companies and leaders achieve their goals, both personal and professional.