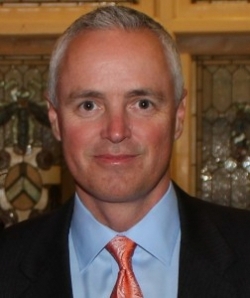 Scott Fritz is a MAP Development Partner based in the Austin, Texas area. He brings over 20 years of experience as a serial entrepreneur and strategic development advisor.

In 2010 Scott authored The 40 Hour Work YEAR. The book chronicles Scott’s entrepreneurial journey first hand, as he shares strategic business methods, action focused exercises and the mindset philosophy that allowed him to achieve The 40 Hour Work YEAR and become a passive investor in his own business. Using his book as a platform, Mr. Fritz facilitates workshops and is a keynote speaker for dozens of groups every year.

Mr. Fritz acquired Atlantic Insurance, a property and casualty agency, in 2010. After re-branding and re-positioning, the agency was sold in December of 2012.

As an active Angel Investor since 2001, Mr. Fritz has invested in over thirty separate ventures. His involvement with these companies ranges from passive investor to business coach and advisory board member.

In addition to various business pursuits, Scott held multiple local and global volunteer positions within the Entrepreneur’s Organization (EO) between 2001 and 2011. Mr. Fritz is also an EO Certified Facilitator which allows him to pursue his passion of working with leading entrepreneurs in the areas of strategy, sales, leadership, people and finance.