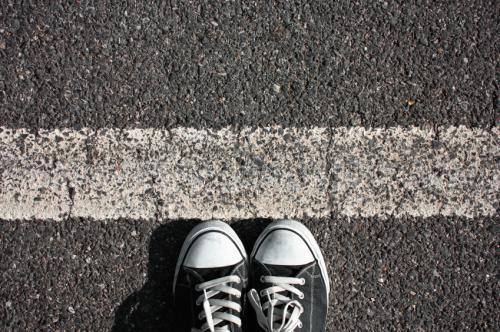 As the boss, it’s totally normal for you to want your employees to like you. But leadership is not a popularity contest. Moreover, focusing too much on being liked, whether consciously or subconsciously, can have dire career consequences. When the boss tries to be everyone’s friend, a culture develops in which there’s a lack of fairness and accountability. It’s then tough to remain objective and be effective when reviewing performance. In fact, discipline can become downright impossible. Since crossing the line breeds resentment and destructive disrespect, avoid this leadership style at all costs.

It’s common for leaders to experience such a challenge, particularly when they are:

But when it comes to managing personal relationships at work and striving to build greater leadership respect, always try to use your head, not your heart. That doesn’t mean being insensitive or disinterested toward others when appropriate situations for doing so arise, but it does mean resisting common relationship tendencies, e.g., associating more with those you like or understand because it’s easy or feels really good or exciting.

In all such situations mentioned above, a leader will likely struggle with preferential treatment of employees, making too close of friends with certain staff members, becoming biased about people’s actions and behaviors, and even feeling guilty about implementing appropriate, perhaps much needed accountability or corrective action. However, because people ultimately do want to be held accountable and treated fairly, if this leadership style isn’t addressed and corrected, people will notice, talk and get angry. Eventually, they will distrust and lose respect for the leader, and their feelings will breed toxicity in the workplace, undermine the company’s best intentions, and possibly derail this leader’s career.

To prevent such scenarios from taking place with your own leadership, follow these six “don’t cross the line” guidelines:

2. Be fair and consistent about what you say and do with others.

3. Demand transparent communication from yourself and require it from others, too. Consider your verbal (both spoken and written) as well as nonverbal communications, making sure they’re in alignment.

4. Be careful about activities and commitments “outside” the office — let common sense be your guide.

5. Hire employees because they’re qualified, not just likeable, or because you feel you should (i.e., in the case of hiring a family member/friend).

6. Ask yourself why you feel compelled to befriend your personnel if you’re finding that you’re crossing the line. Get the outside help of a mentor or coach to get advice for how to address what’s really going on with this issue so you can stop it dead in its tracks.

What’s something that leaders don’t often realize they’re doing but is actually considered biased or unfair to others?