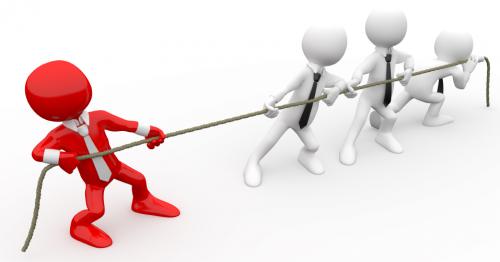 There are times in business when you need to “go to the mat” for your team. As a leader, it’s your job to support your team members, so they can get the job done. This means helping them overcome whatever might possibly rob them of the time, money and other resources necessary to succeed. Displaying courage and going to bat for your people will send a message that their achievement is your #1 priority, winning you both their respect and loyalty. And when the team succeeds, so do you.

Yet interestingly, people who don’t own this mindset get promoted into leadership positions every day, and it’s quite possible that you’ve encountered or heard about such types in your career. These are those stereotypical sorts of leaders who care more about winning the political favor of their superiors than the respect of the people they’re assigned to lead. Self-serving and ego centric, these types of leaders quickly offend and fail to earn the trust of their people, making enemies rather than supporters of their teammates.

Meanwhile, sometimes leaders don’t fight for their teams because they don’t like conflict or understand how critical the team support is to the company’s ultimate survival and success. Their leadership style may be immature, weak, naïve, out-of-touch, disengaged — or any combination thereof. In such cases, there is always hope for growth and improvement, but revolutionary change is undoubtedly required. The problem here is that change of this magnitude can take a long time and in today’s world, few have the patience for that!

The very opposite of these two types of leaders are the disciplined, fearless and balanced ones — and you probably know some of these, too. They’re the ones who have built rock-solid trust with their direct reports and created loyalty and alignment within the culture. When times get tough, everyone knows these courageous, tenacious types have “got their backs.” Team members feel secure and safe.

These leaders, who aren’t afraid to “go to the mat” for the team, have talent, grace and a lot of common sense. They know when and how to pick their battles. Instead of fighting each and every issue, they take a disciplined approach in standing up for what’s important and are more likely to win. They’re also calculated and balanced — these great leaders get the facts before they react to potential or current threats and are skilled in presenting their case in a clear, non-emotional and logical manner. They focus on the “Vital Few,” primarily defending whatever is aligned to those critical measures of a company’s goals and controls. Why? Because these types of leaders truly understand that without their team members’ respect and support, neither the team nor its leader can function, much less win.

Tell us your experiences with leaders who either have or have not “gone to the mat” for you?