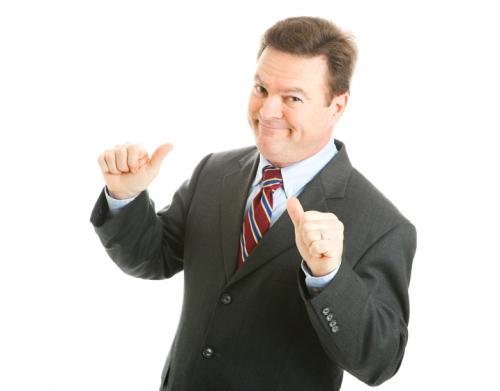 There’s perhaps no bigger turnoff than an arrogant co-worker or boss — that person in your office who displays an attitude of superiority as if other people’s ideas and opinions don’t matter. As a leader, the last thing you want to do is adopt this type of style. Be conscientious about avoiding this management behavior by balancing your confidence with humility. Listen to and value people’s points of view, and you’ll naturally attract people, build stronger relationships with them, and earn their respect. You’ll also be more likely to learn a little something new along the way!

Arrogance is one of my biggest pet peeves because when it’s allowed to go unchecked, it’s not just corrosive to the workplace culture, but it can really hurt people. Amazingly, sometimes leaders “get ahead” in life despite this annoying, toxic characteristic. But are they really “ahead” if everyone around them is so annoyed. When people don’t respect a leader, no one succeeds, not even the leader. The trick is become aware of arrogance, try to avoid or stop it dead in its tracks, and transform it, whenever possible, into a more positive, productive behavioral trait.

Here’s how to spot a bit of genuine arrogance: Often outright obvious, arrogance can sometimes be initially concealed until a leader’s “true colors” are revealed to others in the workplace. Essentially, arrogance translates into someone who is all about themselves, so a boss or co-worker who:

Here’s how to deal with arrogance: You’ve got choices — 1) ignore it and either move on to a new situation yourself; 2) try to wait it out in the hopes that fate will catch up with this person, and he/she will be terminated; or 3) have a candid, face-to-face chat because sometimes, albeit not always, this person is partially or totally blind to their behavior, not realizing to what extent it’s affecting others. If you have such a chat and do it in a non-confrontational way, it can be very effective. Use coaching (instead of telling!) techniques, being assertive but not aggressive.

Here’s how to transform arrogance into confidence: People have to want to change themselves, and it helps to be in a culture that supports self-improvement. Whether it’s you who needs to do the changing or someone else, realize it’s going to require hard work to let go of the wrong behaviors and take on more of the right ones. Do more asking for input, listening to others, taking time out to engage co-workers or direct reports, and collecting 360-feedback from co-workers or a trusted mentor. These are all very doable action steps that can produce transformative results and, eventually, earn that much-needed respect.

How can you screen someone for arrogance when hiring?